The new offering from 6lack is a 6-track combo released through Interscope Records.  We told you about the announcement on Wednesday here when he dropped his first new single ‘Float’, and now without making his fans wait we get the full project 48 hours later.

6lack taps Lil Baby on the trap-heavy single ‘Know My Rights’ which is the only feature on the project.  6lack also celebrates the release of this EP by promoting “6lack on Black Business” – as he writes “starting tomorrow through the weekend, you can order a “6pc hot” meal from atlanta’s black owned ‘the Real Goodfellas’ and receive a free bottle of my 600 degrees hot sauce with your order.” 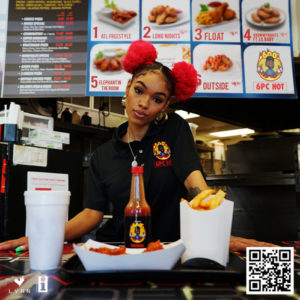 He is one of the most sought-after artists in music, crossing genre’s and positioning himself as a mainstay on top 40 radio all over the world.  If you’re in the ATL area, grab the EP, then pass through for a 6pc combo and get a free bottle of his hot sauce!  If not, just stream the EP below.