Phoenix Arizona artist Alwyszay is out with his debut single ‘Flip Phone’.

Alwyszay isn’t just an R&B singer though.  He’s taught himself how to create music from start to finish mastering the process before determining it was time to record and release.  After years of writing music, teaching himself how to mix and engineer tracks, and sleeping couch to couch to save enough money to buy equipment learning from the ground up, his time has finally arrived to make his mark.

Using his creativity to blend the addictive elements of pop with aggressive trap beats and sensual R&B, he finds himself in a genre-bending class extrapolating the best of the aforementioned categories . The independent artist is open about the struggles and heartbreak he has endured in life and puts the experiences and emotions into his music, telling Music Group “I’ve never been someone who expresses their emotions in relationships. I mostly keep things I’m dealing with to myself”. 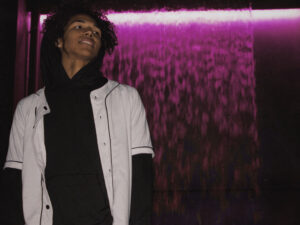 But it’s not just the heartbreak that he draws his emotional inspirations from.  Like most children they want to make their parents proud often seeing the world different from them as their parents push for secure 9-5 careers, while the creative imagination that lies in an artist’s fabric dissipates.  After struggling financially, being evicted and coping with the sudden loss of a friend, he ultimately realized that life is too short to not take chances which led him to chase his dreams to see where they can take him.

The debut single is a modern R&B/Hip-Hop single combining smooth vocals, sensual melodies, and moody vibes over an airy beat.  It’s an impressive start for the newcomer from the desert, press play below to get into it.

Soleil points the finger, saying Your ‘Loves To...

Alina Baraz wants to try a little to...

this song is 🔥!!! can’t wait to see what he puts out next