UK Artist Jrmy makes his debut on ‘Is This Love’

UK R&B singer, songwriter makes his debut on ‘Is This Love’.

After releasing the single on April 22nd, Jrmy follows that up with the captivating visual depicting Jrmy as the ‘rebound guy’ as his woman has escaped an abusive relationship running into the safe haven that is Jrmy.  The song itself focuses on the Love that Jrmy is experiencing with a new girl and how those feelings are getting deeper through their experiences together.

The aspiring artist has really taken a solid first step with his debut single showcasing his textured and soulful voice while revealing his abilities technically and fundamentally with his impressive songwriting.  Check out the single and video from the newcomer right here! 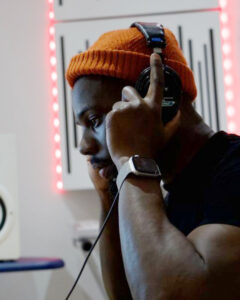 JuJu knows she’ll be fine on ‘Pieces of You’

Jenevieve is making her move with her ‘Midnight...