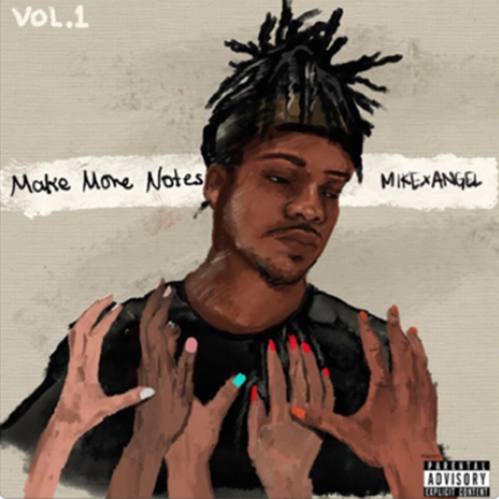 The fact that this is called Volume 1 gives us hope that there’s more in the works as this is first project drop in over three years.  It should be a crime that this has taken this long for such an under-the-radar talent.  Seriously speaking, MIKExANGEL is one of those artists that is so far beyond gifted he probably doesn’t understand how important he is.

Born and raised in Virginia, he garnered the attention of Trey Songz, who was brought together by Trey’s brother Mu where Trey obviously knew what was up as he put him on eight tracks of his “Anticipation 3” mixtape.  It was there that he also connected with Lee Major (multi-grammy nominated) who produced ‘Drowning’ and the previously released hit ‘I’m On It’ on the project.  It’s actually a star-studded production team on here also seeing TxpSki (Chris Brown) on ‘Luv RN’ and ‘Patient’ amongst other accomplished beat-makers.

The project is as close to perfection as you’re going to see as Mike has the voice of an Angel, perfectly in tune with the melodies crooning in and out of falsetto with top shelf song writing skills.  You get a complete collection of music going with modern instrumentals but also incorporating a ton of live music with strings and keys right through. We’re late on this album as it came out in August, don’t miss it like we did…